Not just for kids anymore. 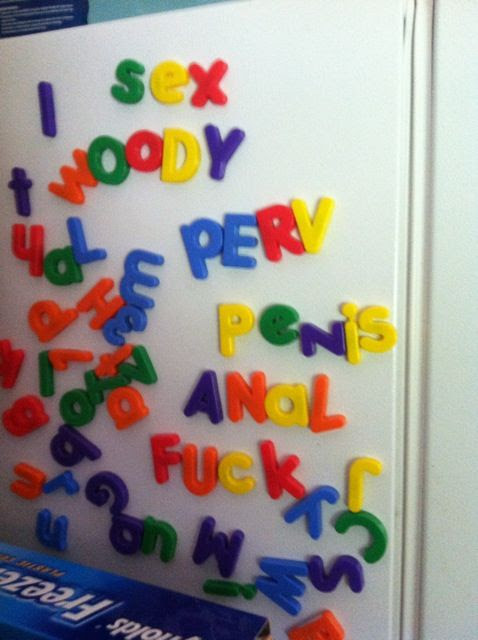 On our vacation, Rowdy and I stayed with his family.  His parents made us sleep in separate beds because we weren't married.  Gotta keep those frisky kids from having premarital sex, right?

Thing is: I'm 26.  Rowdy's 28.  We have jobs and apartments and sometimes we go to Home Depot and have long conversations about paint chips.  Using "not til you're married" as a lazy replacement for "not til you're ready" is getting a little ridiculous as we head toward our thirties.

So much of the discourse about birth control, about abortion, about sexually explicit media, about STIs, even about sex ed, assumes that everyone who has sex is a teenager.  Should we have subsidized birth control because it'll prevent teenage pregnancy, or ban it to discourage teenage promiscuity?  I don't know... let me ask my 40-year-old married aunt who uses birth control!  Should we allow abortion so girls don't become teenage mothers?  Yo, I can't afford to become an adult mother!

The other day I got a message from a reader whose ISP blocked her access to my site because she couldn't provide adequate "proof of adulthood" necessary to view "adult" sites.  She's in her 20s.

I know why this is happening.  Hell.  I know three reasons!  And they're all terrible!

1) Making things about kids makes it more shocking and gives it more emotional appeal.  It's easier to get people fluffed up about "teenage mothers ruining their lives" than about "women who can't or don't want to have a child for various, sometimes complicated reasons."  Or on the other side of the aisle, "teenagers having irresponsible, promiscuous sex" strikes a certain emotional chord that "people having sex" doesn't quite reach.  Either way, your politics sound so much more urgent if they're about the children.


2) A lot of adults don't fit the traditional narrative of how a person's sex life is supposed to evolve.  The narrative is along the lines of: attempt to be chaste until marriage, get married in your early 20s, start trying to conceive immediately after marriage, and stop having sex once you have enough children.

(It's a little silly to call it the "traditional narrative" when there have always been tons of people who didn't live that way, but tradition and actual history often diverge.)


3) We take it for granted that we have the right to control teenagers.  Sure, telling a couple to sleep in separate beds is absurd when they're in their late 20s--but is it really going to help anything if they're teenagers?  I'm all for teenagers not having sex until they're emotionally ready and they've talked about safety and consent and expectations--but I don't think adults should have sex if they don't meet those conditions either.  It's important that adults don't sexually exploit teenagers*--but it's important that adults don't sexually exploit other adults.  I don't think teenagers should see porn without context and perspective on how it compares to reality--you know how this sentence is going to end.

It's probably true that it's harder for teenagers to follow the rules of good sexual conduct, because of their age and inexperience (although having to do everything clandestinely and with no support system can't help), but the rules aren't fundamentally different for them.

The way society tries to simultaneously micromanage and deny teenage sexuality, it's no wonder there's  collateral damage onto adults.  But the real damage is right where it was intended to be--and it is damage.


*Horrible fact: the majority of "teenage pregnancies" do not have a teenage father.

Is it possible for an adult to have a truly fair and consensual relationship with a teenager?  I want to say "theoretically, yes," but in practice, all the couples I've seen do it have been trainwrecks of exploitation, innocence-fetishizing, the teenager's unrealistic expectations being strung along, the adult's inability to behave in a manner acceptable to other adults, and straight-up abuse.  So I'm not super keen on finding that theoretical perfect adult-teenager couple.
Posted by Cliff Pervocracy at 10:15 PM