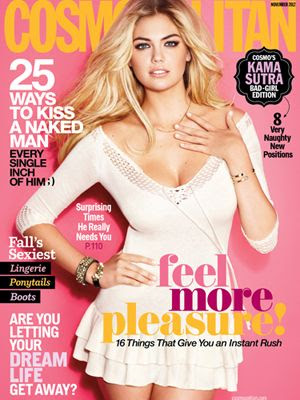 Pink cover!  Kate Upton!  That one facial expression that's apparently "sexy" but would read as unbearably snotty if anyone actually gave you that look in real life!  "25 Ways To Kiss A Naked Man!"  Are there really that many parts to a penis?  "8 Very Naughty New Positions!"  These feature stick figures in positions that only work if your partner has extra penises growing out of his belly button and upper thighs!  Perhaps that's why they were able to find 25 different parts!

(However, one of the positions is named "Spank Me Maybe," and I have nothing but respect for that.) 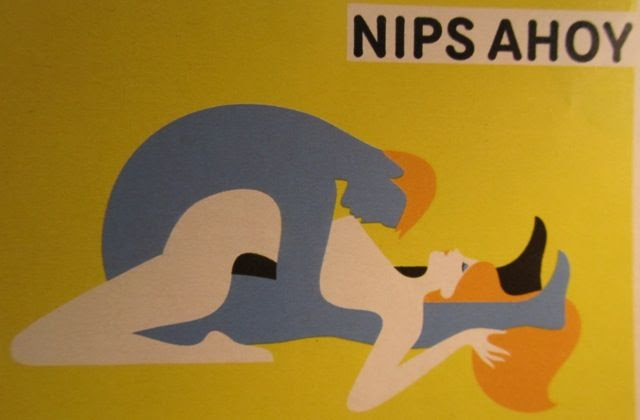 Again, my deepest respect for the name, but dear God, those spines.

And if your self is a person who naturally micromanages and overthinks every aspect of a date, this isn't hypocritical at all!

There's a bigger problem here, though.  And that problem is that I don't want to ace a first date.  I want to feel out if we're compatible, and that means I want it to fail if we're not.  If a guy isn't going to be okay with me calling ahead or opening doors or whatever, I want to know that sooner rather than later and cut our losses. 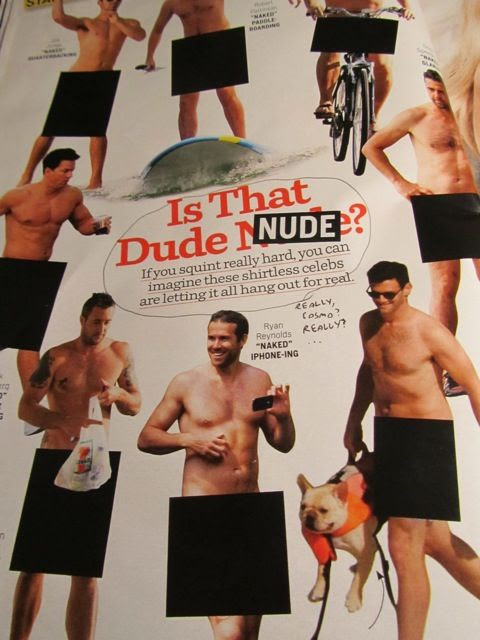 So... this happened.  Shirtless men with black boxes so you can imagine they're naked.  I'm about to blow your mind: SOMETIMES MEN ARE NAKED FOR REAL.  Pretty steamy, huh?

No, ha ha, I'm just shitting you.  The real answer was:


A: It has nothing to do with respect or disrespect. To be honest, those concepts are far too complex for the caveman level on which male brains operate during sex. [...] You can create a similar thrill by giving him oral when he's not expecting it, like when he's watching TV.

Why you would go out of your way to be sexy for a caveman who doesn't understand respect is beyond me.  I guess if you figure all men are just as bad, then any woman who's been cursed with heterosexuality has to learn to live with it or be alone forever.

Cosmo is set in a really bleak parallel universe.


I regret every single instance when I've wept at work.  If you feel the tears coming on after a tough meeting or a failed project, excuse yourself to the bathroom (or even go outside), and let the tears flow. Otherwise, you risk seeming unstable, and your boss will be hesitant to give you big responsibilities in the future.

I usually don't criticize the work advice in Cosmo, but it's also from a parallel universe--in this case, one in which every woman works a genteel, upper-middle-class paper-shuffling job.  Everyone's a middle manager or maybe a marketer; nobody's a mechanical engineer, an aesthetician, a professor, or a baker.

I've cried at work a couple times.  Usually it was because I'd just had someone die in front of me.  Once because we rolled over a dead body, and he had a tattoo of his baby daughter on his back.  A few times because I saw children who'd been really horribly abused.  Once because someone threatened to beat me.

So, y'know... let's not assume the hardest thing that happens to women at work is they have a tough meeting.

(Is the reason for the simplfication because Cosmo writers honestly don't consider that women have different jobs, or because it's too hard to write advice that actually applies to both professors and bakers?  ...And can we ask this same question about their sex advice?)


The area where the scrotum meets the perineum is ultra-sensitive. Press on this spot with your tongue.  His erectile tissue extends all the way back there, so it'll give him a jolt of pleasure.

I'll admit it, I have a grudge, because Cosmo really screwed up my early sex life with stuff like this.  Not because it's wrong, exactly--lots of guys really do like being touched there--but because it presents an individual and situational reaction as a guarantee.  It makes it sound like there's an automatic Taint Pleasure Button installed in all taints.

So the first time you go for the Taint Pleasure Button and the guy giggles, or goes "meh," or says "whoa, not there," you feel like a failure at sex.  You followed the instructions faithfully, but the results aren't what you wanted--the logical conclusion is that your taint-licking technique just sucks.  Because you suck.  Because there's something wrong with you and you can't even know what it is.

I don't know if the author just didn't consider that some men don't like taint-licking, or if they thought it would be hard or tedious to acknowledge the fact--but when you're an insecure sixteen-year-old with a mouth full of indifferent taint, that ignorance/laziness has some dark-ass consequences.

That's okay, because the asking is sexy and the experimenting is awesome.
Posted by Cliff Pervocracy at 1:19 PM