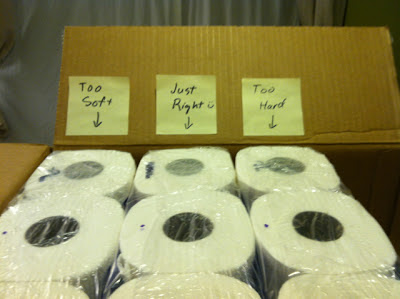 So much "how to BDSM" material is really "how to top."  Which is understandable, up to a point.  The top performs most of the obvious physical parts of the scene--they're the one who has to know how to tie a knot or swing a flogger.  The top is likely to also be dominant, which means that they're going to be the one in charge of planning the scene and directing it.  And the top is also expected to take more responsibility for a scene, because bottoms might be immobilized (or go off into la-la land) and need their tops to watch out for their safety.

There's also a certain bias in BDSM-land toward thinking tops and dominants should be the authorities and their experiences should be prioritized, because... well, partly because they're more often men.  And partly because they're in charge in their scenes/relationships so it's only logical that they be in charge everywhere, even though it's not like the community agreed to submit to them.  So the majority of kink community leaders, authors, and teachers are tops.

As a result of these factors, you can come away from a lot of kink books or conferences thinking that bottoming is... standing there.  (For advanced bottoming, you might kneel or lie down.)  It seems like a purely receptive thing.  Like a beanbag could do it, if you could teach a beanbag to moan and occasionally offer to get people drinks.

• Speak up for yourself.
When I first started playing, I had the idea in my head--maybe not in words, but definitely in feelings--that the best bottoms were the ones who were least demanding.  That for me to be an excellent bottom, I should take as much pain as I could stand and allow my top to do whatever they wanted.  I certainly noticed that I enjoyed some activities more than others, but I felt like asking for the ones I wanted would be rude or "topping from the bottom" or selfish or something.  So I just felt happy when I got things I liked, felt sad or annoyed when I got things I didn't, and never gave any external indication of either.

Eventually I burned myself out on the stoicism thing.  I could only suppress my specific desires and limited pain tolerance for so long.  So I became a really grouchy, persnickety bottom.  No, I don't like that.  Don't like that either.  Yellow.  Yellow to that too.  Maybe we should just take a break.  It was frustrating, but it was actually progress--being able to say what I didn't like without being able to say what I liked wasn't very fun, but it beat the heck out of not being able to say either.  My tops were stuck playing "Marco Polo" with my desires, but at least they weren't unwittingly hurting me.

And then--embarrassingly recently--I realized that asking for what you like isn't presumptuous or un-bottomly, it's something that a good top actually wants you to do.  Depending on the sort of scene you're doing, they might not give you everything you like (or they might make you earn it), but they still need to know.  Otherwise they don't know which parts are punishment and which are reward for you, and they're not in control of the experience they're creating for you.

• Look out for your safety.
This is a responsibility tops and bottoms share.  It's more the top's, because they have more control and because they're going to be at fault if the bottom gets hurt, but it's an important bottom skill to be able to help the top keep you safe.  This means knowing and sharing the limitations of your body and your mind, it means using your safewords when you need to, and it means double-checking the top when they do something potentially unsafe.  Your top should notice on their own if they're cutting off your circulation or positioning you in a way that would be disastrous if you fell, but even good tops can miss things, and it's a good idea to also do your own safety checks.

(If you're way off in subspace you may not be able, and then it really is the top's responsibility alone.  But it's a good thing to do if you can.)

• Play along.
This isn't a simple directive but a whole set of skills that depend on how you play.  This is the physical, immediate side of bottoming, and it's a whole lot more than standing there.  It's positioning yourself to assist with an elaborate rope tie.  It's being able to absorb blows.  It's knowing when to push back, when to yield, and when to stand firm.  This really depends on what specific kinks you do, and it's mostly stuff you have to learn "on the job."  And it is things you have to learn.  "Standing there" looks like a no-brainer, but standing in a way that makes it easy for your top to do their job and supports you when you go wibbly and looks good and feels good?  Takes a little bit of brain.

• Give good feedback.
In two ways.  There's the practical feedback, the "oh yeah just like that," the "wow, I'm really just melting away into the wall here," and the "okay, that was the bad ow."  And there's the feedback that tops appreciate and get off on, the... well, actually, the first two sentences above are pretty good examples of that too.  I'm not talking about playing it up and putting on a performance, but a lot of tops really like hearing how much impact they're having on you.  Giving them that, especially if they've asked for it, is good bottoming.

• Know how to cook what you eat.
I don't think this is a requirement for everyone (well, nothing here is required, we're all different and all learning, please don't take this post as a list of "things bottoms must do"), but it's something I value for myself.  I like to know how to perform all the skills that I enjoy having done to me.  I hardly ever top, but I know how to tie a rope harness and where to aim a flogger.  Having this knowledge helps me communicate better with my top, know what I can do to make their job easier, understand and process the sensations I'm receiving, and it gives me a whole lot of appreciation for how much energy my top is putting into the scene.

• Process the experience.
This is the internal work of bottoming, and I don't know what I'm going to write in this section, because it's... magic or neurology or something.  Also a lot of deep breathing.  This is where you take in pain, discomfort, fear, and/or humiliation, and you turn them into something wonderful for yourself.  And very often it is an effort.  It can take focus and intention to turn a spanking from "my butt hurts, ow, my butt hurts again" to "my butt hurts in a way that is giving me the most amazing pleasure."  Or when it isn't pleasure, "my butt hurts and I am strong and I am taking it."  It's almost a kind of meditation.

Everything else on this page is about bottoming.  It's all the logistics around bottoming.  But this part?  This is bottoming.  This is why you aren't home knitting.  And there's nothing easy or passive about it.

•Give aftercare.
Tops drop too.  Tops (at least a lot of them) also get into an altered state when they're playing and they can also come down hard.  So tops might need cuddling and talking after scenes, or they might need to drink water and stretch out and cool off, or they might want to mellow out and enjoy the lingering buzz.  It's good bottoming to be attentive to their aftercare needs as well as your own, and to check up on them a bit after the scene.

Email ThisBlogThis!Share to TwitterShare to FacebookShare to Pinterest
Tags: kink