The invisible dick of Adam Smith. 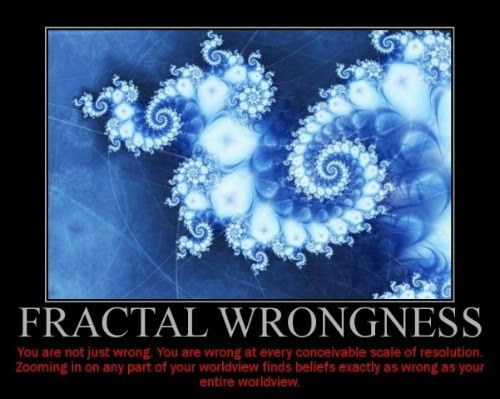 It's been too long since we had a good episode of Someone Is Wrong On The Internet. In this case they're wrong in an actual print newspaper (albeit sort of a fake one), but I try to keep the number of tags down.

From the Washington Times: Economy of sex: It's cheap these days

We put a price tag on sex. You might not think we ought to do that, but we do. Sex, at one level, is an exchange. … Each person gives the other person something of themselves. But it is typically a different something.”
Well... I give pussy, and I get cock. (I can also give pussy and get pussy--as per usual, gay people don't exist in this article--but it will be a different pussy, so that still counts.) And to be a little less crude, I give my unique talents and kinks and displays of sexual enthusiasm and affection, and I receive someone else's different talents etc. in return.

Their conclusion is that, for young single Americans, modern rules of romantic engagement “clearly favor men” and penalize women who want to marry — especially those who want to save sex for marriage.
I'm a woman who wants to have lots of sex and not marry. Am I an honorary man, or a bizarre exception, or what? And it's important to note, I'm not just talking about casual hookups. It doesn't matter how close Rowdy and I are, doesn't matter what we do together or how we support each other--as long as we're not married, this article is going to treat it like a "wham bam thank you ma'am."

So what was the old “exchange rate” for sex, and how has it changed? Researchers have long recognized that male-female mating systems revolved around exchanges. Even in ancient times, men and women bonded because one could cook, sew, make a home and have babies, and the other could hunt prey and protect the woman and child,
Except for the "have babies," I'm pretty damn sure that either partner could do either half of that. And, in many cases, did. Men may have done more hunting and fighting, but since those make up a relatively small part of a person's life, Ye Olde Undefined-In-Place-Or-Time Tymes had plenty of men working on "household" tasks and plenty of women doing heavy labor.

Or should have. The fact that women (and men!) were sometimes genuinely restricted and pigeonholed in Ye Olde Tymes doesn't mean this was good.

Exchange rates sometimes involved real money or property, in the form of dowries or bride prices, she noted.
Yeah. Like this, for example. Please note, also, that neither dowries nor bride prices were actually given to the bride. Pretty much all she got out of the arrangement was "not being homeless."

You can construct this as a fair deal--we give each other sex for sex, and marriage for marriage. But to say it's a matter of "sex for marriage" implies that sex is indifferent or horrible for women, and marriage is likewise for men. Which is not just untrue, it's a sucky view of the world, one in which no one can be really happy and all sex and love is grudgingly given on one end or the other. It's a world in which truly mutual ecstasy in sex or happiness in marriage are not possible; how mutual can it be when you purchase a person?

The sexual market generally has more men than women in it, and rules of supply and demand operate, with the rarer sex wielding more power,
Whut.

...I know some women are asexual, but so are some men, and I don't think it's statistically huge numbers of either. This makes it sound like there are thousands of women just hiding somewhere in order to inflate the lady-price.

Say a young man wants to get to know his girlfriend of two months “more,” he said. If she says no, “then this tells the man, ‘The price is higher than you think.’ And he will have to figure out how high the price is: Does she need more time, more commitment?”
This is scary rape logic. It completely negates the possibility that a woman might not want sex at all with a certain person at a certain point in her life. (It also ignores the fact that she has a life of her own, and makes it sound like her choices only exist in relation to the man's actions.) If women can't say no to sex, but can only say "pay more," then rape is reduced to the level of shoplifting. Less, even, if a man feels that he's already "paid" enough and the woman is being unreasonable.

If "no" means "pay more," then "no" doesn't mean "no." And that's not just bullshit; it's dangerous bullshit.

College campuses and urban areas are often dominated by women, which means that men can and will decide how much — or how little — they will exchange for sex.
There are more women on some college campuses (more men on others), but I assume the statistics on there being more women in "urban areas" come directly from the United States Bureau of Pulling Things Out Of Your Ass.

Plus, it just doesn't work like that. People aren't commodities. At the very worst, people are artisan goods, where differences in quality matter. I wouldn't dump one Tim Minchin because I could get five Charlie Sheens. But really, people are people. Being in a polyamorous relationship doesn't mean I have to sexually "outbid" Sprite or take twice as much crap from Rowdy, because we're human beings who make an effort to treat each other decently just for decency's sake.

Men’s rules of engagement play to their interests of having sex often, with many partners, in a more sexually permissive environment, without romance or commitment, he said.
Why? BECAUSE. Because everyone knows this, right?

Or, at least, if we keep saying this, everyone will "know" it, and then we can really say "come on, everyone knows this!"

power shifts away from women as they move toward their 30s, Mr. Regnerus said. In other words, women have power when they are the minority in the sex market, but they lose power when they drift into the marriage market, where women outnumber men.
Are these markets in, like, separate places? Do they have separate ticker symbols? I mean, I guess there are people who've made up their minds to get married, but saying they're a marriage "market" is...

Oh. I know why I'm confused. It's because above, men were trading marriage for sex, but now we're talking like they're two separate markets. So I'm confused what exactly women are trading for marriage, if not sex (and not, you know, love or companionship or any of that happy horseshit). How can you be in the "marriage market" as a freestanding thing? Are you waiting for someone to offer enough goats?

The new sexual economy is especially disadvantageous to any woman who wants to remain a virgin until her wedding day, he said. These women essentially never enter the sex market, but instead “hold out for the highest price for sex, which is marriage.”
Wait, so women who reserve sex for marriage are... less likely to get laid? Well, yeah, but I think they're okay with that. Less likely to get married? Not from what I've seen.

There are men (really! I've met some!) who want to save sex for marriage, and they're unlikely to want to marry anyone but their female counterparts, so really, this isn't overpricing but a lucrative niche market.

“You can’t just decide that your house is worth $500,000 if everyone else is getting $200,000. … You can try for that price, but it’s unlikely you will get it.”
Fine, I'll run with that analogy. My house is large and in good repair and is in a nice neighborhood with easy access to transit. A buyer coming up to me and saying "I'll only pay $200K, because that's what houses cost" would get laughed out of any real estate office in the city.

Likewise, a guy would hopefully put some effort into romancing me because that's the only way he can get me, not because he just wants a woman, any woman.

Maybe I'm a freak. Any of my female readers who are just pining for a sexless marriage, please, speak up.

“When women collude to restrict men’s sexual access to women, all women tend to benefit,” he said, noting that “if women were more in charge of how their romantic relationships transpired … we would be seeing greater male investment in relationships, more impressive wooing efforts, fewer hookups, fewer premarital sexual partners … shorter cohabitations, more marrying … and more marrying at a slightly earlier age. In other words, the price of sex would be higher. It would cost men more to access it.”
Ah, the old Lysistrata gambit. Except that in Lysistrata, the women were (quite reluctantly!) withholding sex to end a war, and in this, women would be withholding sex to... have less sex.

However, he said, “none of these things are occurring today. Not one. The price of sex is pretty low.”'
Maybe the reason women aren't doing all the things this man thinks women should do is... women don't want to.

Maybe (heterosexual and bisexual) women even love men, for their bodies and friendship and companionship as well as for their marriage "value."

Maybe the world is not just different than is constructed in your weird little market ideology, but is better and happier and freer than you can even imagine. Maybe sex and love aren't matters of supply and demand, but humanity and joy.

Maybe a man and a woman in love aren't buyer and seller, but lover and lover.
Posted by Cliff Pervocracy at 5:29 PM

Email ThisBlogThis!Share to TwitterShare to FacebookShare to Pinterest
Tags: feminism, someone is right on the internet