Peggle and the Smurfette Principle. 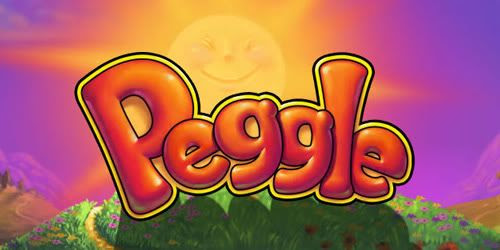 I've been playing Peggle lately, because I'm easily amused by bright shiny colors and cheerful dink dink sounds that make it sound like I'm doing something very important and successful when I'm barely even interacting with the game. And I know this isn't exactly on the "children starving in the streets" level of importance, but I couldn't help noticing there was something funny about the cast of characters.

In Peggle, you play as one of ten cutesy cartoon critters. There's Jimmy Lightning, the surfer-dude beaver! Master Hu, the wise owl! Claude, the inexplicably French lobster! ...And Tula, the female flower! All of the characters have a different silly quirk, and her quirk is "female!"

The total, then, is nine male characters and one female character. (One character is an alien and is arguably alien-gendered. Eight males and one female, anyway.) This is what TvTropes would call the Smurfette Principle: For any series not aimed solely at females, odds are high that only one female will be in the regular cast.

The implications of the Smurfette Principle are numerous and pretty smurfing offensive:
-Men are the default gender, and women are a variation
-It's normal for there to be more men than women in a group that is doing something interesting
-Men have a variety of personalities; women don't
-Women won't mind playing a male character, but men would be embarrassed or unwilling to play as female
-If a game had a lot of female characters, it would be a "girl game," and those are widely known for being condescending and technically incompetent

The tricky part is: I don't think the Peggle dev team were trying to say any of the things above. I do not suspect them of hating women or participating in some grand conspiracy against women. I'm sure they were just trying to design a cute little ensemble of cartoon animals, and this is what came to mind. (It may not have helped that the Peggle dev team consisted of... nine men and one woman.)

This is what's meant by "ingrained sexism"--not hatred of women, but unintentional disregard. It's not a problem of thinking women are inferior so much as it is a problem of forgetting to think about women at all. It's pretty benign when it comes to cartoon videogame characters; not so much when you can look at a picture of the newly elected members of the 112th US Congress and not immediately see What's Wrong With This Picture.

Women are half of everybody. I hope I live to see the day when we're half of the people who get talked about and written about, too.
Posted by Cliff Pervocracy at 1:27 AM