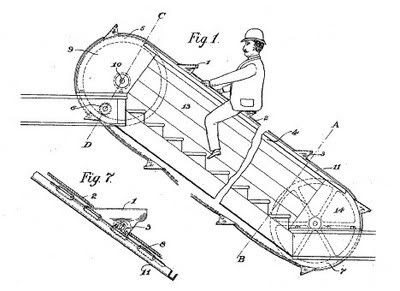 This week in Developmental Psychology class I presented a paper on dating violence in teenage relationships.  I'm not going to rehash the paper here, because it's boring and Google-vulnerable, but I wanted to share the most interesting conclusion I found.

How much conflict there is in a relationship, or the seriousness of the conflict issues, are not predictors of whether there will be violence.  The biggest predictor is the degree to which conflicts in the relationship escalate.

The studies I read looked at dating violence, which is not the same thing as dating abuse, although obviously there's lots of overlap.  Dating violence simply means that there's hitting/shoving/slapping; emotional abuse and controlling behavior aren't factored in.  Dating violence, unlike abuse, is most often bidirectional--roughly 70% of the time both partners had struck each other.  (I wish there was more distinction drawn between a relatively equal fight and "bidirectional" violence that's really self-defense, but that's a hard thing to determine in one case, let alone establish statistics on.)

The takehome is that we shouldn't be teaching teenagers (and grownups) to avoid conflict.  We should be teaching them "don't hit people," but that's hardly sufficient.  What we should really teach is de-escalation.

De-escalation means bringing someone down from an irrational, emotionally hyperaroused, screamy-hitty state, but it does not mean appeasement.  It can sometimes mean talking someone down by comforting and reassuring them, but that's far from the only method and it's only useful if they're just mildly agitated.  If they're screaming or threatening violence, saying "honey please honey it's okay" is usually not the best way to de-escalate them.  Setting firm limits is not just more empowering for the de-escalator; it's more effective.

A full method for de-escalation is really a whole class, but here's some pointers for dealing with someone who's upset to the point that they're losing control:

•De-escalate yourself first.  If you're on the verge of screaming at the upset person or slapping some sense into them, either take some deep breaths and get yourself back to a "level tone of voice, no swear words, muscles relaxed" level of arousal, or walk away.  You can't make someone stop fighting you if you're fighting them.

•Project calmness.  No anger, no fear.  Use a low, quiet, almost monotonous conversational tone.  Talk to them like you're explaining the tax code.  Have your hands in view and open.  Stay out of their personal space and don't stare them in the eyes.  (These last two--having your hands up and keeping a little distance--will also make it easier to protect yourself if they lash out physically.)

Respond to questions with answers ("where is my fucking wallet?") with matter-of-fact answers like they asked you a question about the tax code.  Don't respond to questions without answers ("why are you such a jerk?") at all.  If they're ranting, let them rant.  Imagine the words are just meaningless chunks of wordmeat and patiently wait for them to run out of wordmeat.

•Don't try to win the fight.  It doesn't matter if you were originally talking about "who gets the last cookie" or "were you cheating on me"; if the fight has gotten to the point of insults, ranting, or yelling, presenting evidence and arguments is not helpful.  Your only goal right now is to encourage them to calm down; or to physically leave the situation if they don't.

•Set limits in the form of "If you X, I will Y." Not "don't talk to me like that!" but "if you keep talking in that tone of voice, I will end this conversation."  Make it something you can and will do.  Don't use it as a threat or a punishment; just remind them where the lines of reasonable adult behavior are.  At the same time, offer them positive options: "If you have a seat and tell me what you need me to do, I will listen."

•If they start to calm down, they'll probably be exhausted and trying to save face; they probably won't be able to rationally discuss the issue right away.  Give them time and space.

•If they threaten to physically harm you, take it seriously.  If they physically harm you just a little bit--just a little frustrated shove or a quick grab but then they let go--take it super seriously.  Get out.  Just leave.  This is not a matter for talking any more.  This is a matter for not-dying.  (Even if it's not nearly that severe, it's still extremely important to set the limit that "anything physical immediately revokes all your privileges to interact with me.")  Walk away.

If they're not calm when you come back, leave again and give them more time.  If they don't get calm, if they try to punish you for walking away instead of saying "I've cooled down now," leave for good and bring a goonish friend or the cops with you when you pick up your stuff.  I'm uncomfortably aware that doing this is not always possible, but if it's an option for you, take it.

•If you have to do this a lot, get out of the relationship if at all possible.  Things are not okay.  "De-escalator" is a role you can play in an extraordinary crisis, not over the course of a relationship.  Without using the "abuse" word or not, if you're frequently getting in fights of escalating severity, it's not okay, it's probably not going to get better on its own, and it's not safe.  Relationships should be better than that.
Posted by Cliff Pervocracy at 2:02 PM