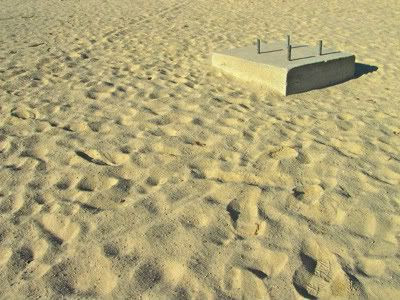 It's a school night.  Quick one.  (Several people asked for a post on "self-de-escalation," so I'll try to put one together in the next couple days.)

I want to address a misconception that I had when I first started getting into feminism, and a misconception that's gotten thrown in my face a few times.  Most recently, it came up in Katie Roiphe's terrible New York Times editorial about how sexual harassment is no big deal and chicks should just suck it up and learn to run with the big dogs etcetera.  The misconception is: "Feminism is the idea that women are strong."

No.  Feminism is the idea that women are as strong as men, but no stronger.  Some men can cut off their own arm to survive; some women can lift a car to save their child.  But lots of men are delicate little crybabies and lots of women are delicate little crybabies.  Women, being people, run about the same range of personal strength as people. And this ought to be okay.  Feminism is the idea that a woman shouldn't have to be exceptionally strong to get by.  Feminism makes no predictions on whether a particular woman can survive slings and arrows, bullying and belittling, mistrust and self-doubt.  Feminism asks "hey, who the fuck said women had to run this bullshit gauntlet, anyway?"

"I thought feminism meant women were strong" is rarely the full argument.  The full argument is: "I thought feminism meant women were strong, so why are you complaining if you're so strong?"  The implication here isn't just that women should have to be strong to survive, but that strength consists of shutting up and taking it.  That the strongest thing to do is to keep your head down and grind away at whatever task is set before you, silently stronging your way though every obstacle, for your entire life.

Sometimes the strongest thing you can do is complain.

Living every day with being the "girl" of the office and having your ass grabbed and everyone laughing about how funny it is that your ass gets grabbed--no, that's not easy.  But speaking up about it is even harder.  It's taking initiative.  It's taking a risk.  It's facing pushback, retaliation, skepticism, red-tape brush-offs, ostracism, the shit you get for being female compounded with the shit you get for being a troublemaker.  Complaining about how you're treated as a woman is anything but the coward's way out.  There have been times I should have done it but wasn't strong enough.

(Oh, and you also have to face people saying "guess you're not such a strong woman after all, huh?"  Forgot to put that one on the list.)

Doing what people want you to do can be hard.  Doing what they don't want you to do, and standing up for yourself instead--that's strong.
Posted by Cliff Pervocracy at 7:10 PM

Email ThisBlogThis!Share to TwitterShare to FacebookShare to Pinterest
Tags: feminism, humorless feminist, politics, someone is wrong on the internet