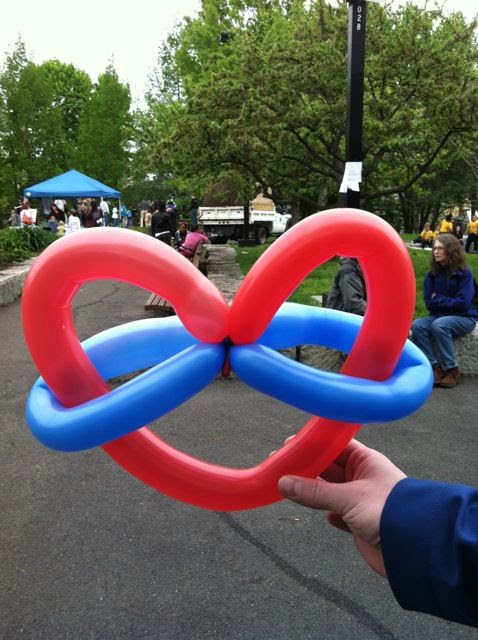 Rowdy and I are not officially a mono/poly couple, but we're pretty close these days.  I've only had sex with other people a handful of times this year (so, uh, super monogamous) and no real dates, whereas he's seeing several other people on a regular basis.  More than once he's gone to a sex party while I've stayed home; many, many times he's been on a date with someone else while I've hung out with friends or watched DVDs.

This is awkward, because I used to disapprove of mono/poly relationships.  They struck me as unfair and kind of icky, especially when they were between a polyamorous man and a monogamous woman--"boys will be boys, stand by your man" has all kinds of really nasty sexist implications.  I always worry there's a coercive element, that the man is too jealous to let the woman spread her wings and have her own fun, or that the woman wants monogamy but is too powerless to negotiate for it.  ...And now it's my life.

But here's the choice I was faced with:

A) Run out and date people just to be dating them, so I could go "ha! I'm polyamorous too! our relationship is symmetrical!"  Crappy for me, double crappy for the people I'd be using just to keep my Poly Enlightenment Cred.

B) Embrace the asymmetry as something that, despite looking the same as some really shitty unfair situations, works for me.  I don't want other partners right now, I'm happy for my partner that he does, and that's good enough.

Our favorite stupid joke to make before sex is "Dude!  I just had an idea how we can both get laid!"  And then we fistbump and go "score, bro!"

That's what being partners really means to me.  It's about beating the system, the ugly sexist system that tries to pit us against each other, and working together to build our own system.  Sometimes it's a messy and patched-together system, the way homebuilt things tend to be, and it takes constant tinkering, but it's custom-fit to us and our weird contradictory ways.  And when it works, god damn do I feel like I'm getting away with something.
Posted by Cliff Pervocracy at 5:34 PM