First of all: there is fanart for day 12! 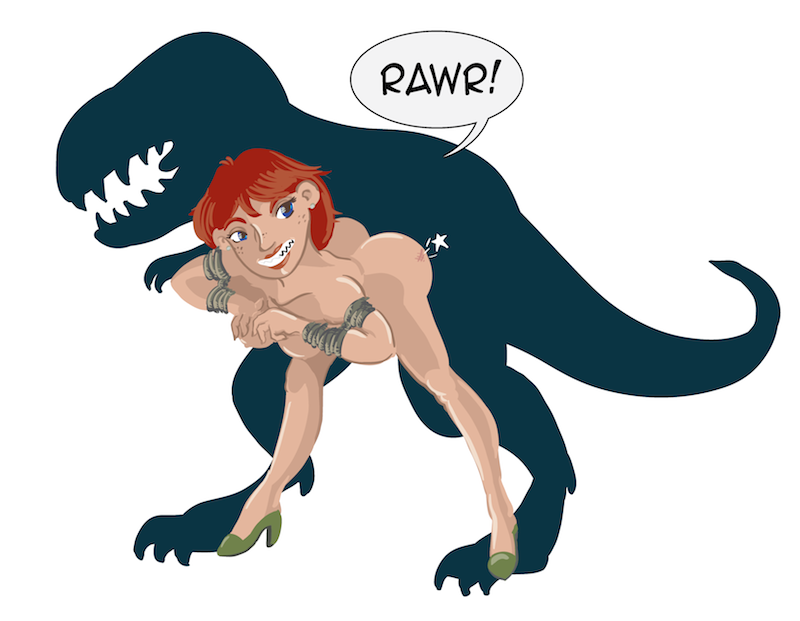 One I've wanted for a long time is sensory deprivation.  I have a fidgety mind; it's hard for me to sit quietly for more than a few minutes without reading or doodling or pacing or reciting facts about sharks.

So I'd like to be locked in a closet for as long as I can stand.  Preferably a whole weekend, but honestly I think I'd probably only last a couple hours.  I would like to be stuck in there with my thoughts and absolutely no way to shut them down.  I'm not even sure what that would be like.  My fantasy is that being forced to face my own mind would lead to some breakthrough that made me permanently less inclined to avoid my own thoughts, but even if that doesn't happen--I still want to know what it's like.


Speaking of uniforms... another thing I haven't tried but have been contemplating is topping in medical play.  I have all these skills from my nursing education, and a powerful desire to misuse them.  Although I wouldn't want to be a Naughty Nurse.  Maybe an extremely authoritative and straight-laced nurse in scrubs and a labcoat.  Or an EMT!  I would be a Naughty EMT and wear a crisp white shirt with shoulder straps and combat boots and tie people to my backboard!  YES.

The secrecy.  It's gotten to be much less of an issue as I get older, but it still bites at me sometimes how much conscious effort I have to put into "who can be trusted with what?" about things as basic as "how was your weekend?" or "so I hear you're a writer."

It hurts when I'm hurting and can't seek help.  A big part of the reason I told almost no one (and still haven't told my parents and a lot of my friends) about being sexually assaulted is that it took place in a scene.  I don't want to change that story to make it more acceptable, but I also don't want to have to preface it with an hour of BDSM 101 where I explain what a "scene" is and how "tie me up" doesn't mean "do anything you want to me," really it doesn't.  So silence becomes the path of least resistance.

And it hurts when I'm proud.  I mean, I've been published in some cool places, I've flown across the country to speak at colleges, I've been cited in academic papers for chrissakes... and there's so many people I can't tell.  I just submitted a story for publication in an erotica anthology and if it gets accepted I can't make the "omg guess what" phone call home.  Boo hoo, I know, but it does hurt (especially in a family that values academic success very highly) that I've done all this cool stuff and there's so many settings where I can't tell anyone about it.

Email ThisBlogThis!Share to TwitterShare to FacebookShare to Pinterest
Tags: 30 days of kink