How to go to a play party (and not play). 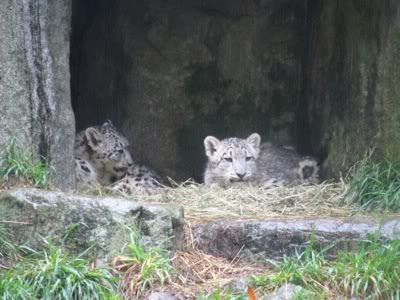 First of all, yes, you can do this. It's okay to go to play parties and not play. A small proportion of parties are "players only" and they will let you know with the invitation. Your average, generic party absolutely allows people to come without playing. Really, since most people will be playing for 15 minutes and hanging out for 3 hours, nobody's even keeping track of who played and who didn't.

Be friendly. A play party can be an intimidating environment for shy people, but if you can make (or bring) even one ally who's a little more familiar with the lay of the land, you'll have a much more positive experience and make a better impression. If you're not playing because you're new, your ally can help you understand the scene better; whether you're new or not, a person who hangs out and makes friends is a better addition to the community than someone who only watches. However, don't feel that people will hate you if you do hang out by yourself--as long as you're respectful, people will catch on that you're just shy.

It's okay to watch scenes, but respect boundaries. This means, specifically:
-Leave some space between yourself and the scene you're watching. There should be at least enough room for the top to swing their arms in a big circle, and preferably another arm-length for comfort.
-Often the bedrooms or back rooms at a party will be reserved for more private play. Stay out unless someone invites you.
-Don't ever talk to the players during a scene. A scene puts the players in a very intense mental and emotional state, and you can ruin the scene or even compromise the safety of the players by jarring their concentration. If you have a question or a safety concern, ask someone in the social space or a host or dungeon monitor.
-Don't ever ever ever touch people during a scene. I wish I didn't have to say this, but it's happened.
-Use a lot of judgement in commenting on scenes. If you have anything negative or "funny" to say, keep it to yourself; other comments should be made quietly and far from the players. You don't have to watch in silence, but before you speak, remember: these are ordinary people, not performers, and they are extremely emotionally and physically exposed. Don't say anything that you wouldn't want to overhear in a moment like that.
-I don't know how to say this, but... don't make ogle-face. Do you know what I mean? Don't do that. Look don't stare, lean back not forward, smile don't leer. Look like you're interested in the players, not like you want to eat them for dinner with some fava beans and a nice Chianti. (If you don't know if you're making ogle-face, you're probably not. Don't drive yourself nuts over this one.)

If you don't understand something, ask! Kinksters are sex nerds, and they will be tripping over each other with their eagerness to educate you. Just make sure you ask a bystander or a host, and not an active participant in a scene.

Don't be a tourist. If you're at a play party, you're one of us. This doesn't mean you have to play--but it does mean that you can't look down on the people who do heavy or unusual play, or act like you're an objective observer of our quaint culture. Don't--even mentally--point and laugh at the freaks, because by showing up, you are a freak.

No wanking! This is obvious, right? Unless it's a designated wank-friendly party (these exist), don't wank at a party. Seriously.
Posted by Cliff Pervocracy at 6:33 PM