I woke up as a man today. 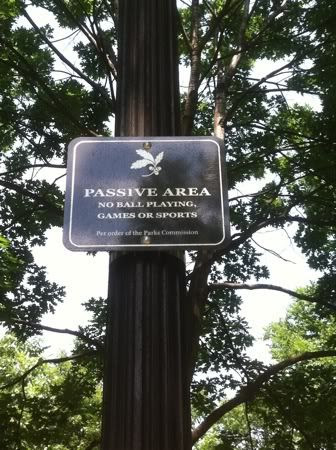 Oh, no penis or anything like that. All the effects of that second X chromosome were in place as usual. But as I wiped the sleep-crusties out of my eyes and kissed Rowdy good morning, I was presenting as a man. I wasn't wearing makeup. My hair wasn't blow-dried nor ironed. I hadn't shaved my legs or armpits. Still foggy with sleep, I wasn't talking in the high lady-voice I can put on, but in my normal much deeper and much less sing-songy tones. I scratched and farted like a man. I even--being still sticky from sweat from the current heat wave--smelled like a man.

Butt-ass naked and half-asleep, in a completely "default" state for a human being, I was about as masculine as a person can get. Sure, I was a shower, some deodorant, and some clothing away from performing tidy masculinity--but that's beside the point. A man rolling disheveled out of bed is in no way feminine.

I suppose a nightie and girlier mannerisms would've helped a little, but there's no way to roll out of bed fully feminine. Femininity is work! After you get up, you gotta put your lady on, or you'll look like a man all day! I haven't done it in a while, but it takes me about eight products and sixty minutes to be fully not a man.

This is a major problem I have with gender. On one hand, I want to value masculinity and femininity equally--every form of gender expression is equally good, right? On the other hand, I often feel like certain aspects of femininity are impositions or hindrances. High heels and men's shoes may be equally valid fashion statements; but if I've gotta run somewhere (or, in my case, walk), I know which one I'd choose. It seems to me that a lot of expressions of femininity are inconvenient, labor and money intensive, or submissive. The fashions and mannerisms expected of women are generally more sexualizing and less useful than the ones expected of men.

As I sometimes do, I'm ending this post still unresolved. I don't want to be one of those feminists--the ones who tell women that if they wear makeup, they're supporting the patriarchy, so their individual choices are invalid. But I can't shake the feeling that some individual choices are a lot more--inconvenient,if nothing else--than others, and those are the ones women are traditionally encouraged to make.

In a world where many women have grown up believing that they shouldn't leave the house without putting their face on, how do I reconcile "it's sexist that women are expected to put on makeup" with "it's a woman's choice if she wants to put on makeup"?

EDIT: This post offended a lot of people. See this for my amendment/apology, and this for my last word (for today) on gender identity.
Posted by Cliff Pervocracy at 12:30 AM