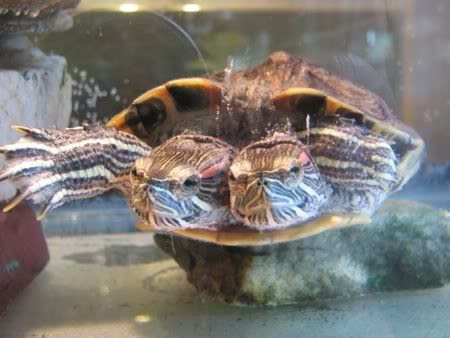 Two ideas have been floating around in my head for a few months now, and I'm not sure if either of them is good. I'll probably do the first and I'm probably not taking the second seriously enough.

Why: Partly as a kink thing, but mostly as a mental-clearing thing. In a weird way it almost feels like something I need, a reboot for the brain, a forced mediation. I'm a person consumed by my distractions--sex! blogs! food! electronics! hobbies! TvTropes!--and while I treasure most of those distractions, I also want to know what it's like to live without any distractions at all. It's something I would do independently, but I don't think I can force myself. So I'll get someone to force me.

Why not: It could just be a giant waste of time. I could become sufficiently physically or mentally uncomfortable that I only think about the discomfort. I'm also a little afraid that I'll beg out early and regret it, but I would not agree to an arrangement that didn't give me some way to safeword out.

2. Renouncing My Gender.
Maybe I should have said "the person in the closet." Because I'm not sure I'm a woman. I've got a female body and that doesn't bother me, but there's nothing else that convinces me I'm a woman. I'm thinking of officially declaring this and living (in kink/feminist circles, at least) as officially genderless.

Why: Not only am I not sure I'm a woman, I'm not even sure what evidence could convince me. I don't think I'm a man; I think I'm genderless, or other-gendered, or something. (Sometimes I don't understand how anybody knows what their gender is, but I take people's word that they do.) My gender is "person," and beyond that, I don't know how to define it. I don't feel manly or womanly in the least--I don't even know what "manly" or "womanly" are supposed to feel like.

Why not: I feel like I'm still taking this too lightly. I know that I'll still have to be a "woman" with family/work/school/etc. anyway. I'm only talking about myself here, but I feel weird announcing a "non-standard" gender, like I'm trying too hard to be "special" or something, like that time when I was a teenager and I typed in British spellings for a year. I don't want to alienate potential partners (or current/former partners!) who are attracted to women.

I also worry that maybe I'm overthinking it, maybe being comfortable in a female body is all it means to be a woman, and you don't have to feel like a super womanly lady girl person to be a woman.

I also worry that I'll totally lose my feminist "I'm a woman, and I think that..." cred.

For the time being, I'm still a woman. I'm sort of a "woman, but what the fuck is a woman anyway?", but I'm a woman. Right now. I'll keep you posted.
Posted by Cliff Pervocracy at 12:27 AM