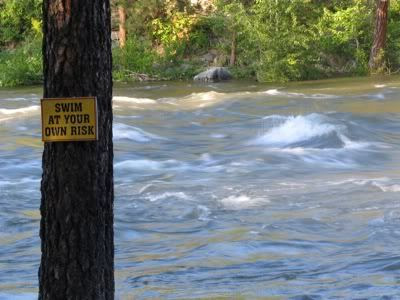 The one thing that bothers me is that I find myself having tremendous anxiety over whether it's pee.  It can't be pee, I keep saying. There have been studies and stuff, right?  No way did I just uncontrollably pee on his dick during sex.

The problem is... even if it's not all pee, I can't really convince myself that it's 100% pee-free.  It's coming out of my urethra, presumably out of my bladder, and, let's face it, that's a pretty pee-intensive area.  What I can believe is: so what if it's pee?

Bodies are messy things.  We're sixty percent water, and zero percent of that is water in its nice cool clear form; it's blood and lymph, chyme and mucus.  People are made of goo, and to express love of the physical human body is to glory in goo.  We don't just tolerate but take joy in the ooze and gush of saliva, of sweat, of semen, of vaginal fluids.  What's one more flavor of goo?  Why is it acceptable to me that I produce this gooey human fluid and not that one?

It'd be interesting, in a sort of "huh, did you know opossums had forked penises" way, to know whether my squirts are pee or not.  But I'm not pinning my ego on the answer.  I can take pride in "I came so hard that I peed!" as well.
Posted by Cliff Pervocracy at 4:53 PM

Email ThisBlogThis!Share to TwitterShare to FacebookShare to Pinterest
Tags: bodytalk