How I met Holly 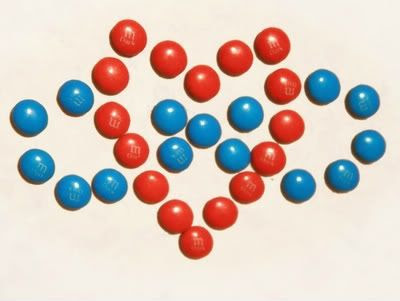 [Guest post by Rowdy]
(a not-rape-culture narrative, and why we need more of them)

I’d seen her before, she’s in my group of friends - a bouncy-happy girl with a cherubic face and bright red hair. We were out for coffee with a group of friends, and we started talking. The conversation was easy and engaging, meandering through various topics in feminism, kink, and affirmative consent. It was getting late, and it was time for the coffee shop to close. We stood out in the brisk nighttime air as our friends said goodbye for the night while others made plans to meet at Denny’s.

“Yeah, I never quite know how to bring up my interest in a person," I said. "I’m not the best at reading people, so I don’t know if they’re into me, and I usually end up not saying anything. Sometimes I’ll find out later that they were into me, but they thought I wasn’t into them. It’s a conundrum.”
“Well, which way do you live?” she asked.
“Just up the road by the parkway, not too far.”
“Want to head back and have sex?”
“Absolutely.”

Holly adjusted my hand a bit and it was clear to my neighbors I’d hit the spot. We fucked, cuddled, exchanged backrubs, and fucked some more into the wee hours of the morning. In Holly’s words:


It was by turns cuddly and athletic, and always... happy. I love happy sex. There was something so delightfully straightforward about it.

That’s how I met Holly a year ago last night. We had sex purely for fun; there was apprehension and passion, it had its awkward moments, but both of us wanted it, both of us communicated it, and look what disastrous things came of such casual and communicative sex! It’s been an amazing year filled with more love than I can put to words, and more good times than I can count. Dinosaurs and robots and hovercrafts and sex, lots of sex.

Stories like this are important: narratives are how we learn to interact and relate. When we don’t have the time or inclination to think critically about our actions, or when we’re looking for direction or affirmation, we look to the behavior of others to model our own actions after. If our sex-positive, affirmative consent, relationship self-deterministic culture is to gain traction in the mainstream, we need our narratives to get out there - for examples of how it’s done (even partially or imperfectly) to be readily at hand.

I’ll write more on narratives later. If you’ve got a narrative to share, I encourage you to do so: on your blog, in your feed, or in the comments.
Posted by Cliff Pervocracy at 6:34 AM