The end of normal. 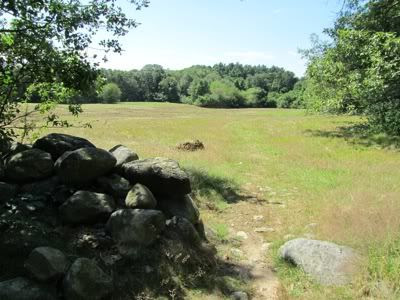 Us polyamorous folk can get a little bit... evangelical, sometimes.  We're so enlightened, you know.  So evolved.  We deal with our jealousy like rational beings, we don't attempt to impose control on our partners, we base everything in open communication and trust--we're so goddamn more advanced than the average human, we ought to glow blue or something.  Right?

Well, kinda.  But what this poly boosterism is missing (other than its manners) is that you don't actually have to date other people to do any of this.  For that matter, dating other people doesn't guarantee that you'll do this--oh boy does it not.  Dating other people is just somewhat more likely to bring these issues into the open.

And you don't have to be non-heterosexual to question what gender means to your relationship.  If "which one of y'all does the dishes?" is a stupid question to ask a gay couple, it ought to be an equally stupid assumption to make about a straight one.  The fact that assigned gender roles are available for a straight couple doesn't mean they ought to take them on without question.

What kind of relationship you have is your choice, and one choice isn't better than another.  What's important is that you make a choice.  That even if you're you're monogamous, vanilla, and heterosexual--you're doing it because it's what you want and because you and your partner have agreed to it, not because that's what people do.  What's important isn't what path you take, but that you know there are paths.

How fucking cool is that?

When there is no "normal," there's no reason to take pride in being "abnormal."  You just are.  People who have heterosexual PIV sex for 3.5 minutes once a week just are.  Poly/kinky/queer enlightenment wouldn't mean anything at all if everyone were responsible for choice and communication in their relationships.

Who cares how many people you fuck or how you do it?  The only thing worth being evangelical about is consciousamory.
Posted by Cliff Pervocracy at 5:17 PM