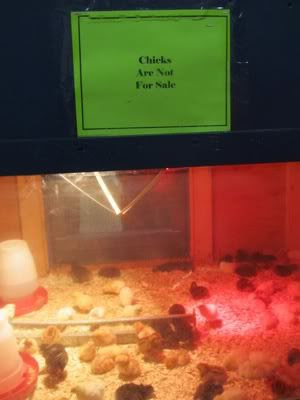 A day doesn't go by I don't see an article like this one.  I'm not going to try to deconstruct it point by point, because it's the same old shit.  I'm just going to pull some quotes and talk about my weekend.  I suspect you'll get my point.


Women are jumping into the sack faster and with fewer expectations about long-term commitments than ever, effectively discounting the “price” of sex to a record low, according to social psychologists.

Rowdy and I had agreed to a date, but neither of us was feeling in the mood for a "date" date on the night.  Instead, we just got snacks and juice at the drugstore and sat together on the cover of the subway tunnel, listening to street musicians in the square, laughing at little kids playing run-in-circles-really-fast games, laying back and cuddling on the concrete.  Because of the kids around, I whispered the dirty things into his ear, very quietly, so they wouldn't know why he was laughing.


“The price of sex is about how much one party has to do in order to entice the other into being sexual,” said Kathleen Vohs, of the University of Minnesota, who has authored several papers on “sexual economics.” “It might mean buying her a drink or an engagement ring. These behaviors vary in how costly they are to the man, and that is how we quantify the price of sex.”


By boiling dating down to an economic model, researchers have found that men are literally getting lots of bang for their buck. Women, meanwhile, are getting very little tat for their . . . well, you get the idea.


“Every sex act is part of a ‘pricing’ of sex for subsequent relationships,” Regnerus said. “If sex has been very easy to get for a particular young man for many years and over the course of multiple relationships, what would eventually prompt him to pay a lot for it in the future -- that is, committing to marry?”

We slept late into the morning, curled around each other.  It's been more than a year of nights like this and I'm still stupid in love--the kind of love where I think his snoring is cute, the kind where I'm charmed and a little turned on when he scratches his balls.  When he woke up he held me and kissed me and reminded me that with him I'm safe enough to be that stupid.

Later in the day, Sprite came over and we went apple picking.  It really makes no sense to pick your own apples, economically; I'm sure we paid three times what it would have cost at the store.  What we were really paying for was a day in the orchard, walking through rows of trees in light misty rain, eating impossibly sweet and crisp apples right off the trees.


So, what can women do to return the balance of sexual power in their favor? Stop putting out, experts say. If women collectively decided to cross their legs, the price of sex would soar and women would regain control of the market. Like a whoopie cartel.

After we gathered our apples, we sat together at a picnic bench under a tree, drinking hot mulled apple cider, talking about our childhoods and our schoolwork and tractors (that one was mostly Rowdy) and various forms of perverted sex we were planning to have.

I'm sure there are relationships in this big ol' world where women coldly trade sex to men for commitment and compete joylessly to see who can get the biggest diamond for the fewest fucks.  It's just that there's a universe of other relationships out there, and they're way more fun.  I mean, shit, if the woman's withholding sex strategically or having it pried out of her economically, when does she get to enjoy feeling a man's arms tighten around her as she comes?  And if the man's only giving as much love as he needs to get sex, when does he get to enjoy sneaking kisses behind an apple tree?

So I don't just want to brag here.  I want to tell stories to show that no one has to live that way.  And oh my God is life better when you don't.

Next time we're together, we're going to bake apple crisp.
Posted by Cliff Pervocracy at 12:33 AM

Email ThisBlogThis!Share to TwitterShare to FacebookShare to Pinterest
Tags: mushy stuff, rowdy, someone is wrong on the internet, sprite