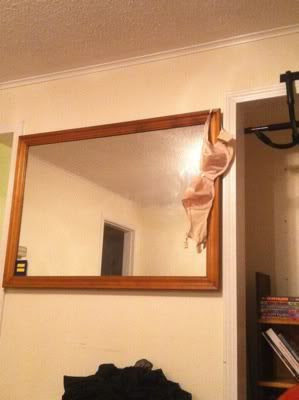 But is that all it's about?  Not violating your partner?  Obviously that's a big deal, but...

You know what I didn't say to him afterwards?  "Oh baby, that was so not rape."

Having sex that isn't rape is like cooking food that isn't poison.  It's the bare goddamn minimum.  If your list of sex tips consists of nothing but "don't rape" and then goes straight into physical details, you're missing something in the middle.

Few things worry me more than people (okay, men) who say it's difficult to know if someone's consenting or not.  This suggests to me not just that they could be violating someone's consent, but that even if they aren't, they're having terrible sex.  If your idea of sex is limited to "one partner silently gets on and grinds away and the other tolerates it," it can be consensual, but it's probably not much fun.

Sexual communication does have gray areas and fuzzy middle grounds.  It's just that they aren't between rape and not rape--if that isn't a bright glowing line then you have a bright glowing imperative to stop cold until it is.  No, the gray area is between okay sex and great sex, between compromise sex and consensus sex, between "alright, sure" sex and "oh my god yeah let's do this" sex.

The lowest level of communication between Rowdy and me was "do you want to have sex?"  That's the part that made it not rape.  But it wasn't the end of the process.  Things like "I want to fuck you while you're doing yourself with the Hitachi" and "I want you to fist me"--and even smaller things, bits like "squeeze me tight" and "kiss me, kiss me now."  (By the way, I'm just flabbergasted by people who think talking during sex isn't sexy. I mean, you don't talk about the weather, but if these quotes aren't sexy, what is sexy like on your planet?)

So it saddens me when sexual communication is treated as being about consent only.  Consent is step one.  Consent is getting the keys to the car.  But it isn't knowing how to drive it.

And it flat-out horrifies me when sexual consent is treated as fuzzy, because if you don't know for sure if your partner even wants to be doing this, you definitely don't know what they actually like.

Seeking enthusiastic consent is awesome!  By all means, keep it up!  Not raping people is super important!  But it's not nearly enough to build a sex life on.
Posted by Cliff Pervocracy at 6:36 PM