The best things in life. 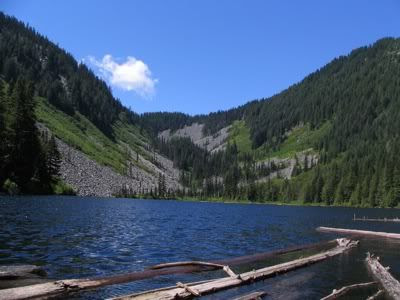 I'm in bed with Rowdy, half-asleep, curled up against his warm skin, his head on my arm and my other hand on his belly, and I can feel his breathing deepen as he falls asleep and softly snores. I untied him before he fell asleep, taking off the thick black rope that had been bound around his chest and shoulders, the rope I'd held while we fucked, at first using it to tease and restrain him and then losing all control and just hanging on as he pounded me into ecstasy.

And I don't want to cheapen this. It's a wonderful feeling--the best feeling--to share physical and emotional joy with someone I love, and I don't want to make it be about anything else. Trying to apply some dry ulterior motive to this, making it all be about economics or competition or gender dynamics or reproductive urges, just feels to me like the ultimate party pooping. Making sex into a rational transaction is the "why go trick-or-treating when you can just buy a bag of candy?" of armchair sociology.

Is this an anti-science, anti-intellectual, "fuckin' magnets, how do they work?" sort of thought? Maybe it is. Maybe it'll advance human knowledge to analyze sexual desire and interaction in ways other than "gosh, sexual desire and interaction are so beautiful." But that knowledge should never take the place of the beauty. If I learn that, say, smell has a place in sexual attraction, I don't want to throw that out because it doesn't fit my personal ideology--but I also don't want to run my fingers through Rowdy's hair and think "really, this is all just about smell." There is still some magic left in it.