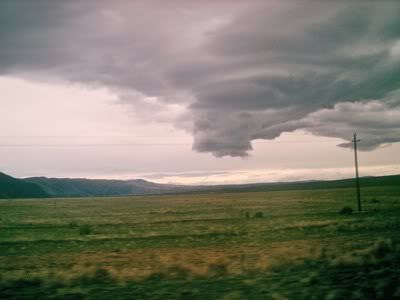 When did "sin" become synonymous with sex?

The Bible has a few commandments relating to sex--no adultery, no gay stuff, no fucking sheep, no letting the sheep fuck you, no... oh come on you guys, you can't do that with a sheep either, what's wrong with you--but honestly, it's got more to say about humane treatment of livestock than it does about sex. (And, in the case of sheepfucking, there's some overlap.)

If you open the Bible to a random page, odds are very good the message on it will be one of the following:
1) "God is a really really super important big deal."
2) "Love your neighbor, give to the poor, and be a generally decent person."
3) "Want to hear about Mediterranean political intrigues from 2000 years ago? Course ya do!"

Odds are extremely low it will have anything to do with sex, and lower still that it'll be explicit directions for sexual morality. The Bible's a lot of things, but a sex manual's not one of them.

So why are the "culture wars" between religion (well, Christianity) and secularism in this country almost entirely about sex? Why do the "turn from your sins and follow God" sign-holder guys show up at Gay Pride and not at trade summits? (Or slaughterhouses?) Why are the most religiously divisive issues things like homosexuality, "modesty," marriage, gender roles, and abstinence?

To be honest, I'm not enough of a politics/history/psychology wonk to fully answer that question. But I do know that it lies in politics, history, and psychology, and not in religion. Jesus saved adulterers and prostitutes. He didn't see their sins as some special extra sin that was worse than pride or cruelty or the generally sinful life of any mortal.

And yet in modern American culture, sex is practically the only sin there is. When's the last time a Christian kid got thrown out of the house because they coveted others' possessions or they made fun of a homeless person? When's the last time a Christian lawmaker made hyperbolic, slightly-unhinged-sounding promises to a church group to fight the sin of avarice? When's the last time churches protested a movie because it depicted violence? This attitude has even been sardonically co-opted by the pro-sex folks; strip bars don't have names like "Club Sin" because you can go bear false witness against your neighbor there.

I think a lot of people assume that kinksters and sex-positive folk are all atheists, maybe pagans. The truth is, a lot of us are still in Judeo-Christian traditions. (I've prayed with other kinky Jews.) And more of us would be if those traditions were open to us. I spent several years as an atheist based on feeling, essentially, that religion was all about how you were allowed to fuck. Coming back into spiritual life required a lot of reconstructing it to be about the virtues that I could uphold--only to find out that those were the original virtues all along. I'm still not a good Jew and I don't really intend to be, but I'm a believer in the sacred, and I don't think the sacred gives a good goddamn if I have a little fun with my friends.

The religious hang-up on sex is horrible because it destroys families, because it leads people to hate themselves, and because it drives people away from a religion that otherwise might bring them peace and meaning. Not only does it harm the "sinners" it casts out, but it harms the religions themselves. When you close your church to people who fuck funny, you close your church to people who might strengthen it as a community center, a support network for its members, and a contributor to charity. Faith-based programs do genuinely good work in this country and abroad, and if they directed their energies away from policing sexual "sin," they'd be able to do so much more.

He hath shewed thee, O man, what is good; and what doth the LORD require of thee, but to do justly, and to love mercy, and to walk humbly with thy God?

I don't see a "but it doesn't count if you have dirty sex" anywhere in there.
Posted by Cliff Pervocracy at 1:57 PM