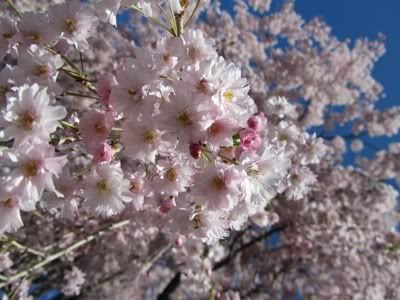 Makeup, for a forinstance. Am I annoyed by it because I don't like the way it makes me look and feel? Or is it a legitimate problem that women are expected to spend significant amounts of time and money masking their faces, often with an underlying message that their real face isn't good enough?

Do I like wearing men's clothes because they're generally more comfortable, practical, and dignified--or because I like dressing up in men's clothes?

Did I hate pink things and dolls as a child because boy's toys were more interesting and more empowering, or because I wanted to play like a boy?

Did I idolize (and dress up as) male superheroes and action heroes because they got all the best parts, or because they were hypermasculine?

Am I bothered by being called a "girl" because it's infantilizing, or because I don't want to be a girl?

I think that it's some from column A, some from column B. Which is why I'm a feminist, and also, unrelatedly, unfeminine. I haven't yet decided on a label for my unfemininity--for right now, let's just go with "unfeminine woman."

(I also realize that my inability to distinguish has ticked off some happily-feminine people, probably even in this very post, and I'm sorry about that.)

Or... here are some things that I really haven't confessed to anyone, even Rowdy, but I guess I'll just have out with them. I've been, at home or out when I wouldn't run into anyone I know, binding my chest and packing. Just to see what it was like? And what it was like was... kinda gleeful. It made me happy. Some of that was just "I'm doing a different and unusual thing!" happiness, which I certainly do get. I don't know if it all was.

I know what my name would have been, if I were born male. I really like it.

Sometimes I pee standing up.

I don't know what this means, if anything. I'm really, really hesitant to say "hey everybody, I'm a guy now!", for about a million reasons. I don't feel strongly, certainly male. Although I'd love it if my overall body shape was more masculine--and in fact I lift weights partly for this reason--I'm fairly happy with my vagina. I've had some masculine tendencies for a long time, but this hardcore gender uncertainty is a relatively recent thing for me. And I sort of feel like I'd be trivializing trans people by taking myself super seriously when this is more like "a thing I've been fucking around with lately" than "a thing I have to do."

I keep wishing there was some kind of test you could take to determine your gender, but then I keep thinking that if I need a test and don't just know, it must not be that big a deal to me. (Also, I found several such tests, and they were all like "do you like pink and flowers, or do you like blue and trucks?" See the first half of this post...)


I've gotten through this whole post without really facing the question of what "feminine" or "woman" even mean, but that's just because I don't have any freaking idea.
Posted by Cliff Pervocracy at 10:40 PM