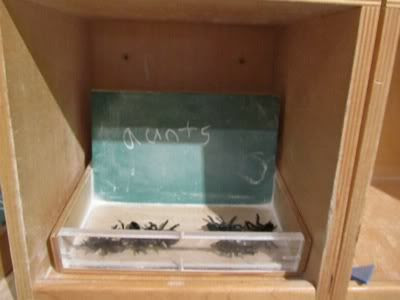 I'm glad schools teach Sex Ed, even if they do make an awful mess of it; knowing how your sexy parts work, what risks sex carries, and how to use contraception are important life skills. They're skills the kids may need right away, or may not need until they're married, but either way, they're safer and better prepared.

But one of the things I'm realizing lately is that for all the drama and angst and danger it can entail, sex is easy. Love is hard. So here's a message I wish kids got:

"Our society sends a lot of confusing messages about love, and you may feel pressured to fall in love. And that's a natural urge; it's okay. But you have to be careful. Make sure you're ready for love. Make sure you're doing it with the right person, and for the right reasons. And above all else, make sure you're being safe."

Of course, I would never advocate abstinence-only Relationship Ed. So here's some other things I'd like to see on the curriculum:


-The different types of relationships that you can have. This would include mention of sexual orientation, but wouldn't mainly be about that. It would be about the spectrum from a casual date to a lifelong love commitment, and the many, many options in between. We'd talk about how one relationship script--even an "enlightened" one, Science Club members, I'm on to you--can never work for everybody and there is no "ideal" relationship.

-How to identify a destructive relationship. This would include a lot of discussion about abusive relationship dynamics, but not only that; it would also go through the warning signs of a relationship that's turning to crap or ruining your life even if there's no abuse involved. If it was me teaching the class, I don't think I could get through this unit without a screening of Twilight.


These are all crucial skills, yet they're ones that most people have to learn by trial and error, from the dubious and pseudoscience-ridden mess of self-help books and websites, or when they're already in therapy. If we really want to prepare kids for the adult world of sex, dating, and even marriage, teaching them how to put on a condom is the very tip of the iceberg. Teaching them how to say "I don't agree with you and I'm not changing my mind, but I still love you"--now that's a life skill.

This isn't just fuzzy stuff. It's public health. Good relationship ed could cut down massively on teen pregnancy, STI transmission, intimate partner violence, suicide, and sexual assault. Knowing how to have a respectful relationship isn't just about self-help. It can save lives.
Posted by Cliff Pervocracy at 11:22 AM