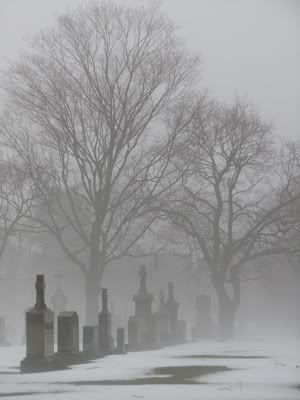 I have what I will freely admit is very mild and very occasional depression. But it had been hitting me kinda bad the last couple weeks. I started taking antidepressants and now the fog's finally starting to lift.

What helps me the most--both as a person with rather unreliable neurology and as someone who works with psychiatric patients in the ER--is to think of it as a cold. Or if it's chronic and bad, something more like pneumonia. An ordinary physical disease. You can't make a cold go away by recontexualizing it, but if you've been thinking "ugh, it's so gross and inconsiderate of me to cough all the time; why can't I just use a little willpower and decide to not cough?" it helps to know the coughing is a reflex. Likewise, knowing I'm depressed won't make me stop feeling sludgy and miserable, but it'll stop making me thinking that feeling is justified. It'll stop me trying to "snap out of it" and getting frustrated when I can't just decide to be perky. My brain isn't being an asshole; it's coughing.

When I was about 11, I got a wicked case of pertussis. I'd had the shot, but I got it anyway--the vaccine is 85% effective and I was in the lucky 15%. I spent a good six weeks on the couch hacking and wheezing. My sister couldn't stand it. The coughing grossed her out, it kept her up at night, it made her worry she was going to get sick. So she'd scream at me, "Stop coughing! God, just stop it!"

This is what I aspire not to do to the psych patients in the ER, or to the people I know with mental illness. It's not necessarily that I accept their illness; but I accept that it is an illness. When they annoy me or offend me or confuse me, it's not about me. It's not even about them. It's about the fact that telling someone with mania to settle down, or someone with schizophrenia to stop being so weird, is like saying "just stop coughing." It's not just insensitive but totally ineffective to treat a symptom like a choice.

(I also think it's important to never lose sight of the magic phrases "significant distress or impairment" and "danger to self and others." Because these are the things we treat in mental health--when someone is suffering, when they're unable to do their daily tasks of living, or when they are harming or likely to harm themselves or someone else. What we don't treat is being wrong. Someone can be wrong all day long--can think they have five arms and the CIA has put a chip up their butt--and as long as they're okay with their life and getting enough to eat and not hurting anyone, it's really none of our business. The point of mental health care is to promote wellness, not enforce the correct reality. Nobody has the job title Clinical Philosopher.)

The person is separate from the illness--and this doesn't mean that the person is blameless or without agency. Mentally ill people come in all flavors, including being really nice or really rotten people. Their disease has changed their brain, not replaced it. They're able to make choices. But whether to be mentally ill isn't one of those choices.
Posted by Cliff Pervocracy at 5:00 PM

Email ThisBlogThis!Share to TwitterShare to FacebookShare to Pinterest
Tags: ethics